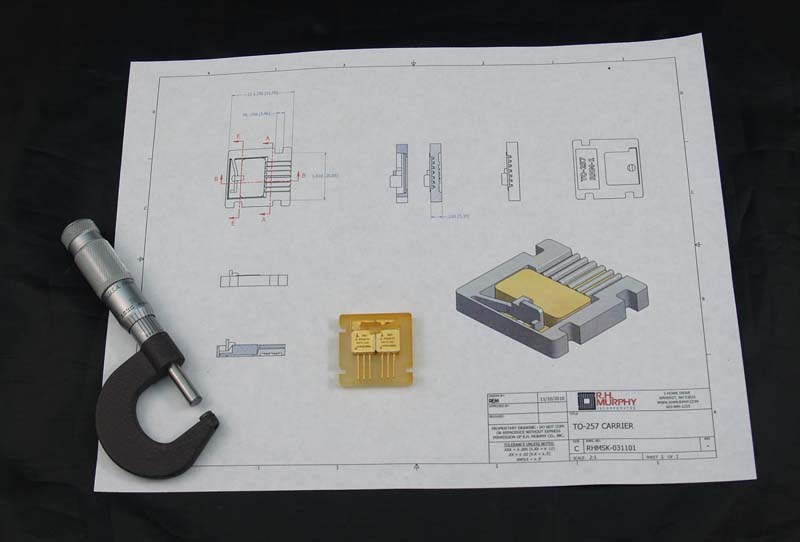 JEDEC, the Joint Electron Design Engineering Council, originally started in 1958 as a division of the Electronic Industries Association and became an independent association, JEDEC Solid State Technology Association, in 1999.

Since many of the standards developed by JEDEC cover devices from many manufacturers, the “standard” dimensions are too general to be used as specifications.In most instances, the JEDEC standards have been developed to create interchangeability among multiple sources of the same component type. This has worked pretty well for PCB manufacturing because variation of the mounting footprints have been kept to a minimum.

But before the assembly to the PCB takes place, most processing is done with the goal of not contacting the terminals/leads. This goal makes it necessary to support the component by its body and here’s where it gets problematic. There are many variations in material, assembly technology, and tooling for the body. Rather than exclude any designs, the standards typically use reference dimensions or large tolerances for body dimensions.

When trying to build “standard” interface components and tooling for a standardized component, building to accept the full range of the standard specification will not work. Build for the biggest parts and the small ones will be too loose. Build for the smallest and the big ones get crunched.

In the following example from JEDEC Registration MO-082 for .025”pitch ceramic quad flat packs (CQFP), the body dimensions are allowed to vary by 1mm while the formed leads may start to bend at 0.64mm. Features accepting the largest body size will make contact with the leads of devices whose body dimensions are in the middle or lower range of the specification. 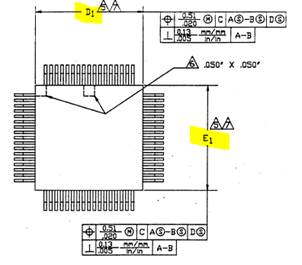 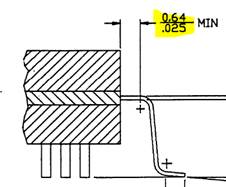 The good news is that most components produced by a specific set of tooling have much less size variation than allowed by the specification. That means that manufacturers can usually provide component specifications that are precise enough for safe handling without damage. When good dimensions are not available, measuring a sample is a good alternative.

The moral of the story is that it’s best to get manufacturers’ specifications for components rather than working with standards. Be wary of handling material that claims to be for “standard” packages, particularly when working with delicate SMT devices like QFPs, BGAs, and CGAs.

How can we help?

Have questions on RH Murphy's capabilities? Need a quote? Or do you just want more information? Contact us and we'll be in touch shortly.

Get a Quote Contact Us
We use cookies on our website to give you the most relevant experience by remembering your preferences and repeat visits. By clicking “Accept”, you consent to the use of ALL the cookies.
Do not sell my personal information.
Cookie Settings Accept
Manage consent

This website uses cookies to improve your experience while you navigate through the website. Out of these, the cookies that are categorized as necessary are stored on your browser as they are essential for the working of basic functionalities of the website. We also use third-party cookies that help us analyze and understand how you use this website. These cookies will be stored in your browser only with your consent. You also have the option to opt-out of these cookies. But opting out of some of these cookies may affect your browsing experience.
Necessary Always Enabled
Necessary cookies are absolutely essential for the website to function properly. These cookies ensure basic functionalities and security features of the website, anonymously.
Functional
Functional cookies help to perform certain functionalities like sharing the content of the website on social media platforms, collect feedbacks, and other third-party features.
Performance
Performance cookies are used to understand and analyze the key performance indexes of the website which helps in delivering a better user experience for the visitors.
Analytics
Analytical cookies are used to understand how visitors interact with the website. These cookies help provide information on metrics the number of visitors, bounce rate, traffic source, etc.
Advertisement
Advertisement cookies are used to provide visitors with relevant ads and marketing campaigns. These cookies track visitors across websites and collect information to provide customized ads.
Others
Other uncategorized cookies are those that are being analyzed and have not been classified into a category as yet.
Save & Accept