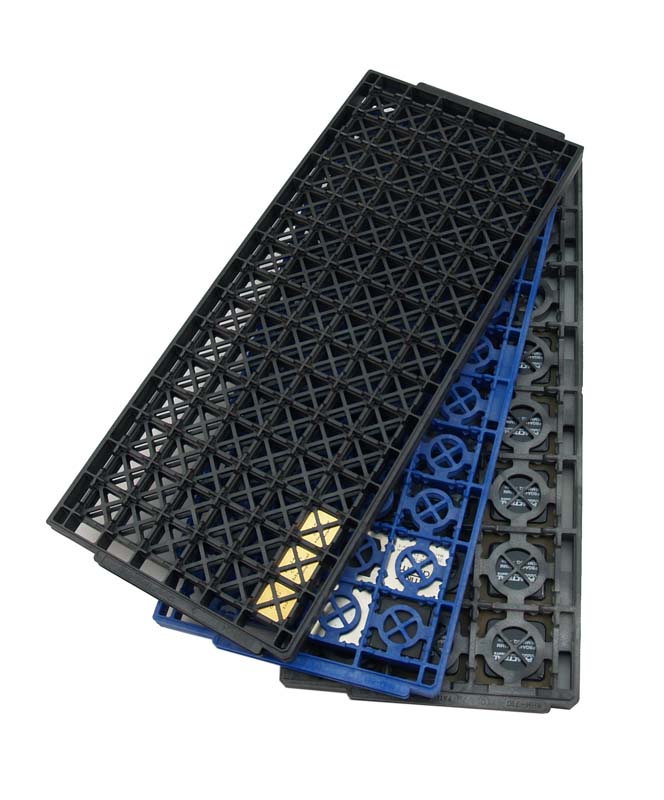 THINKING 3-D WILL HAVE YOU FLIPPING

Thanks to the wonder of gravity, you can rely on stuff staying in a box when placed there.  And if the stuff fits well in the box, only the top is accessible.  It’s pretty much the same for components in a tray. Parts that fit precisely in tray pockets make processing a two dimensional activity unless you have discovered flipping.

When BGAs (Ball Grid Array packages) first hit the market the need for accessing the balls was not recognized.  Once it was recognized, R H Murphy Company responded quickly with “flippable” trays.  R H Murphy invented BGA trays that can be inverted, unloaded, reloaded, and restacked while the parts remain contained and protected.  This makes inspection, rework, repair, even some level of testing possible without removing parts from the trays.  This same principal is readily applied to other device types.

There is more to having flippable trays than just putting pockets on the bottom of a tray.  Managing the alignment and exposure of the parts in both orientations is critical.  Insuring that trays being stacked pre-align before engaging the parts requires unique features.  Eliminating device terminals, leads, or pins from being the point of first contact means the difference between a tray the protects and one the damages parts.

The key to successful flipping is interengagement.  By building features that overlap, trays capture the components from the top and bottom simultaneously.  This provides a secure hand-off between trays and the components remain contained and protected in all orientations.

R H Murphy has been doing all this while giving you the performance you count on:  ESD protection, mechanical integrity, thermal stability, JEDEC alignment features, and value above all else.  Don’t let yourself be limited to a two dimensional process.  Add a third dimension with flippable matrix trays from R H Murphy Company.

How can we help?

Have questions on RH Murphy's capabilities? Need a quote? Or do you just want more information? Contact us and we'll be in touch shortly.

Get a Quote Contact Us
We use cookies on our website to give you the most relevant experience by remembering your preferences and repeat visits. By clicking “Accept”, you consent to the use of ALL the cookies.
Do not sell my personal information.
Cookie Settings Accept
Manage consent

This website uses cookies to improve your experience while you navigate through the website. Out of these, the cookies that are categorized as necessary are stored on your browser as they are essential for the working of basic functionalities of the website. We also use third-party cookies that help us analyze and understand how you use this website. These cookies will be stored in your browser only with your consent. You also have the option to opt-out of these cookies. But opting out of some of these cookies may affect your browsing experience.
Necessary Always Enabled
Necessary cookies are absolutely essential for the website to function properly. These cookies ensure basic functionalities and security features of the website, anonymously.
Functional
Functional cookies help to perform certain functionalities like sharing the content of the website on social media platforms, collect feedbacks, and other third-party features.
Performance
Performance cookies are used to understand and analyze the key performance indexes of the website which helps in delivering a better user experience for the visitors.
Analytics
Analytical cookies are used to understand how visitors interact with the website. These cookies help provide information on metrics the number of visitors, bounce rate, traffic source, etc.
Advertisement
Advertisement cookies are used to provide visitors with relevant ads and marketing campaigns. These cookies track visitors across websites and collect information to provide customized ads.
Others
Other uncategorized cookies are those that are being analyzed and have not been classified into a category as yet.
Save & Accept